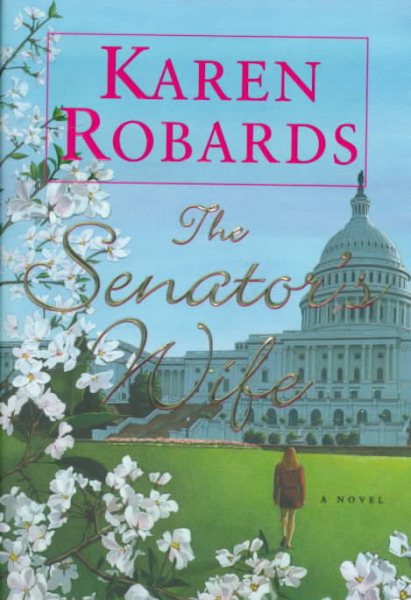 When her husband, a U.S. senator from Mississippi many years her senior, mysteriously dies in the midst of a scandal, Ronnie Honneker tries to fight her attraction to a hotshot campaign strategist Read More
Ronnie Honneker is the senator's wife - his second wife. The Honorable Lewis Honneker, a man twice her age, is wealthy, successful, and revered by voters in his home state of Mississippi. What the public doesn't know is that this pillar of the community is fond of engaging in casual indiscretions. Now he's running for re-election and his young wife is expected to stand by him. Though scorned as the woman who broke up the senator's first marriage, Ronnie does her best to promote her husband's re-election campaign. But she never would have guessed that marriage to a wealthy man could be so lonely. The glamour of political life can't make up for the emptiness deep in her heart, a dark space she fears will never be full.Until political strategist Tom Quinlan enters the picture.Solid, quietly handsome, the southern boy-next-door, Quinlan prides himself on his work, never mixing business with pleasure. Called in to enhance the senator's campaign, he finds his biggest challenge in Ronnie as he struggles to make her appear less glamorous and more likable to the voting public. To him, Ronnie is a job. A routine assignment. So why does he find himself unable to stop thinking about her? Her fiery hair, her long, perfectly muscled legs, those inviting chocolate-brown eyes? Tom has never allowed himself to surrender to such feelings...until now.Ronnie never expected to find love again, and certainly not with a man like Tom Quinlan. But she can't fight the pull that Tom has on her as he awakens feelings in her body that she'd thought were gone forever. And she knows the tempers that flare between them are only a cover for their barely contained passions. Together they discover that love and politics are uneasy bedfellows as they contend with their burgeoning attraction to each other, a swarm of snooping reporters, and a public growing increasingly suspicious of their relationship.When the senator mysteriously dies in the midst of a sticky scandal, Ronnie and Tom must answer to the growing rumors of their love, and clear themselves of any guilt in his death. Realizing it would be easier to keep up appearances, they take the ultimate political gamble and risk everything for each other. But as the stakes rise, they learn that they must watch their backs.And follow their hearts. Read Less

Goodreads reviews for The Senator's Wife

The Fifth Doctrine (The Guardian, 3)

The Black Swan of Paris: A WWII Novel