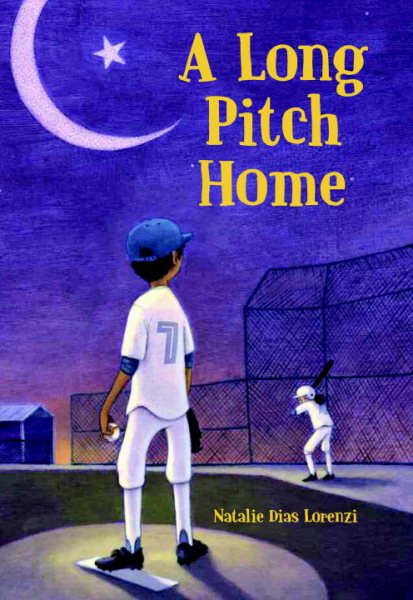 When Bilal's family moves to America while his father stays in Pakistan, the boy embraces baseball, an unexpected friend, and a new language, but Bilal misses his father and wonders if he will ever get to America to see Bilal pitch. Read More
Ten-year-old Bilal liked his life back home in Pakistan. He was a star on his cricket team. But when his father suddenly sends the family to live with their aunt and uncle in America, nothing is familiar. While Bilal tries to keep up with his cousin Jalaal by joining a baseball league and practicing his English, he wonders when his father will join the family in Virginia. Maybe if Bilal can prove himself on the pitcher&;s mound, his father will make it to see him play. But playing baseball means navigating relation-ships with the guys, and with Jordan, the only girl on the team&;the player no one but Bilal wants to be friends with. A sensitive and endearing contemporary novel about family, friends, and assimilation. Read Less