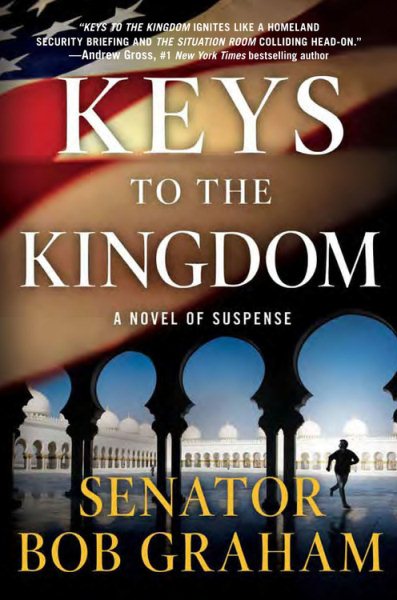 The dramatic and provocative debut political thriller from former Senator Bob Graham, infused with the rich details and insider knowledge he gained as Chair of the Senate Intelligence Committee Read More
Shortly after an explosive op-ed piece about the 9/11 investigation appears in theNew York Times, its author, former Senator and Co-chair of the 9/11 Congressional Inquiry Commission John Billington, is murdered near his Florida home.Enter Tony Ramos, ex-Special Forces operative and former aide to Sen. Billington and currently a State Department intelligence analyst. Billington, having sensed the danger he faced, has left Ramos detailed instructions for an investigation into suspected Saudi complicity in 9/11. Ramos, in conjunction with Billington's daughter Laura, uncovers a shocking international conspiracy linking the Saudi Kingdom to Osama bin Laden and al-Qaeda.Despite efforts to derail their investigation, whose scope encompasses Saudi Arabia, India, Pakistan, and Afghanistan, Ramos and Laura discover that the Kingdom has recently provided bin Laden and al-Qaeda with three nuclear devices, two of which are successfully detonated by the terrorists overseas. But they were just a warm up to the grand finale. The third device, Ramos learns, will be detonated off the California coast.Now Ramos and a team of Special Forces must race against time to prevent al-Qaeda from unleashing nuclear disaster on American shores, and beyond. Read Less

Goodreads reviews for Keys to the Kingdom

Let's Get a Pup! Said Kate