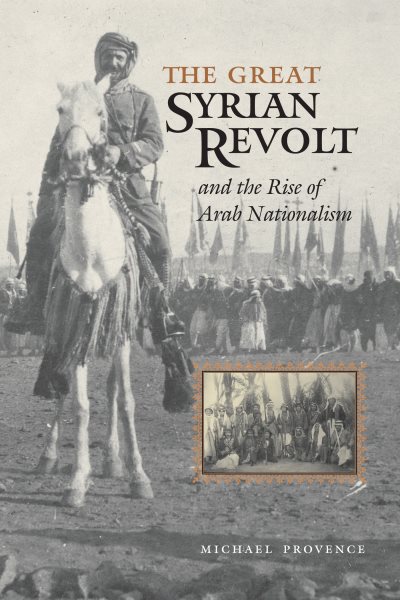 A history of the largest and longest-lasting people’s revolt in the Arab East, which attempted to liberate Syria from French rule in 1925. Read More
The Great Syrian Revolt of 1925 was the largest and longest-lasting anti-colonial insurgency in the inter-war Arab East. Mobilizing peasants, workers, and army veterans, rather than urban elites and nationalist intellectuals, it was the first mass movement against colonial rule in the Middle East. The revolt failed to liberate Syria from French occupation, but it provided a model of popular nationalism and resistance that remains potent in the Middle East today. Each subsequent Arab uprising against foreign rule has repeated the language and tactics of the Great Syrian Revolt.In this work, Michael Provence uses newly released secret colonial intelligence sources, neglected memoirs, and popular memory to tell the story of the revolt from the perspective of its participants. He shows how Ottoman-subsidized military education created a generation of leaders of modest background who came to rebel against both the French Mandate rulers of Syria and the Syrian intellectuals and landowners who helped the colonial regime to function. This new popular nationalism was unprecedented in the Arab world. Provence shows compellingly that the Great Syrian Revolt was a formative event in shaping the modern Middle East. Read Less

You Were Made for This