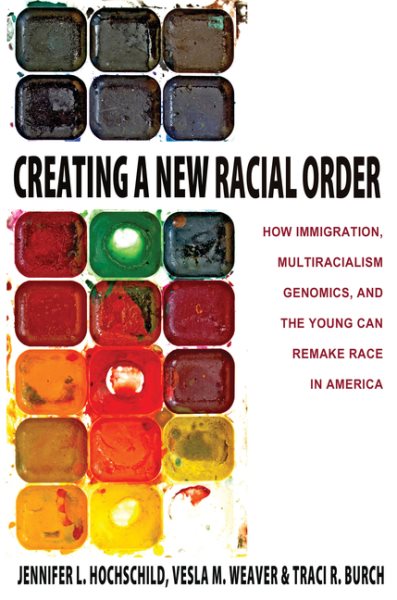 A groundbreaking exploration of how race in America is being redefinedThe American racial order—the... Read More
A groundbreaking exploration of how race in America is being redefinedThe American racial order—the beliefs, institutions, and practices that organize relationships among the nation's races and ethnicities—is undergoing its greatest transformation since the 1960s. Creating a New Racial Order takes a groundbreaking look at the reasons behind this dramatic change, and considers how different groups of Americans are being affected. Through revealing narrative and striking research, the authors show that the personal and political choices of Americans will be critical to how, and how much, racial hierarchy is redefined in decades to come.The authors outline the components that make up a racial order and examine the specific mechanisms influencing group dynamics in the United States: immigration, multiracialism, genomic science, and generational change. Cumulatively, these mechanisms increase heterogeneity within each racial or ethnic group, and decrease the distance separating groups from each other. The authors show that individuals are moving across group boundaries, that genomic science is challenging the whole concept of race, and that economic variation within groups is increasing. Above all, young adults understand and practice race differently from their elders: their formative memories are 9/11, Hurricane Katrina, and Obama's election—not civil rights marches, riots, or the early stages of immigration. Blockages could stymie or distort these changes, however, so the authors point to essential policy and political choices.Portraying a vision, not of a postracial America, but of a different racial America, Creating a New Racial Order examines how the structures of race and ethnicity are altering a nation. Read Less

Goodreads reviews for Creating a New Racial Order: How Immigration, Multiracialism, Genomics, and the Young Can Remake Race in America

Allergies: Fight them with the Blood Type Diet: The Individu...

Angels: Who They Are, What They Do, and Why It Matters