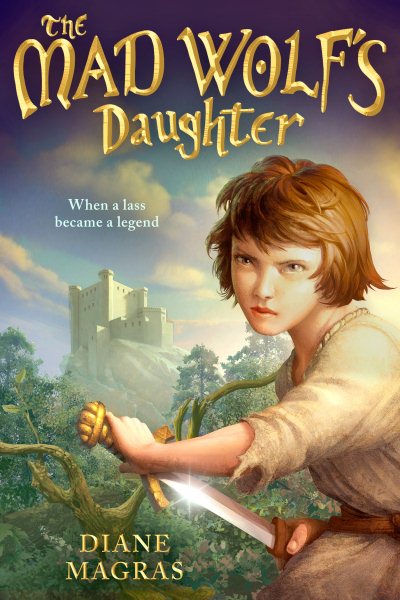 When invading knights capture Drest's father, the Mad Wolf of the North, and her brothers who make up his fearsome war-band, she sets off to rescue them from the castle prison, taking along a wounded knight as her captive to trade for her family's freedom. Read More
***A New York Times Editors’ Choice***A Scottish medieval adventure about the youngest in a war-band who must free her family from a castle prison after knights attack her home--with all the excitement of Ranger's Apprentice and perfect for fans of heroines like Alanna from The Song of the Lioness series.One dark night, Drest's sheltered life on a remote Scottish headland is shattered when invading knights capture her family, but leave Drest behind. Her father, the Mad Wolf of the North, and her beloved brothers are a fearsome war-band, but now Drest is the only one who can save them. So she starts off on a wild rescue attempt, taking a wounded invader along as a hostage.Hunted by a bandit with a dark link to her family's past, aided by a witch whom she rescues from the stake, Drest travels through unwelcoming villages, desolate forests, and haunted towns. Every time she faces a challenge, her five brothers speak to her in her mind about courage and her role in the war-band. But on her journey, Drest learns that the war-band is legendary for terrorizing the land. If she frees them, they'll not hesitate to hurt the gentle knight who's become her friend.Drest thought that all she wanted was her family back; now she has to wonder what their freedom would really mean. Is she her father's daughter or is it time to become her own legend? Read Less

Great City Maps: A Historical Journey Through Maps, Plans, a...

It's Fun to be a Furmaid