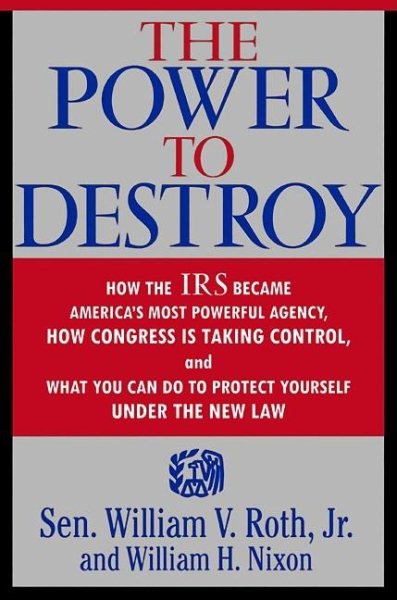 Examines the history and operations of the IRS and discusses reform efforts Read More
The Power to Destroy tells the behind-the-scenes story of the congressional investigation of the IRS, the steps that have been taken to curb its abuses of power, and Senator Roth's proposals for far-reaching changes that still need to be made. Along the way, Roth and Nixon vividly re-create the stories of the victims of the Internal Revenue Service using exclusive interviews with those who have been unjustly audited, foreclosed, prosecuted, and worse. With explosive new investigative material - including unreleased internal surveys from IRS employees across the nation - the authors show how corruption, mismanagement, perverse incentives, and negligence exist inside a culture that is as cloistered as it is powerful. The book concludes with an explanation of what you need to know about your rights under the new tax laws - and what to do if you are audited. Read Less

Goodreads reviews for The Power to Destroy