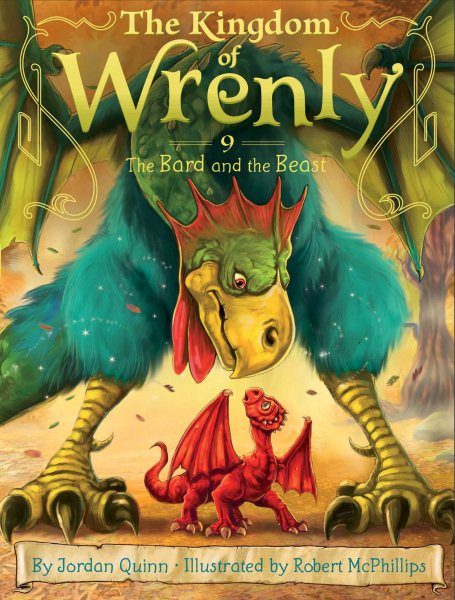 Prince Lucas would rather be enjoying the outdoors with his best friend, Clara, than learning to play the lute, until a visiting bard demonstrates the power of music. Read More
Prince Lucas discovers that sometimes music is the only way to defeat a savage beast in this newest adventure from the fantastical Kingdom of Wrenly series.Prince Lucas does not want to learn to play the lute. He would much rather be outside exploring with his best friend Clara. When a traveling bard pays a visit to the castle, he tries to convince the young prince that there is magic in music, but Lucas isn&apos;t falling for it. And when the two go for a walk in the hills and stumble upon a ferocious monster, Lucas learns that the bard might just be telling the truth after all. With easy-to-read language and illustrations on almost every page, The Kingdom of Wrenly chapter books are perfect for beginning readers. Read Less

The Lost Stone (1) (The Kingdom of Wrenly)

The Secret World of Mermaids (8) (The Kingdom of Wrenly)

The Witch's Curse (4) (The Kingdom of Wrenly)