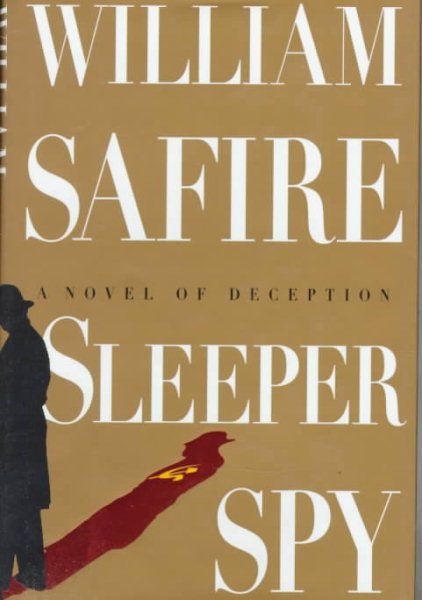 In the wake of an important KGB agent's disappearance, an event of international proportions, crack journalist Irving Fein teams up with a television anchorwoman and stumbles on the story of a lifetime Read More
A master sleeper spy, assimilated into American life for twenty years, has been made operative and given control of the vast financial assets of the old KGB - and has disappeared with the fortune. His reputation is deadly, and his manipulation of enormous wealth begins to alter the world's political and financial structure. Although the old KGB has been dismantled, new KGB bosses and old KGB hard-liners bent on reinstating the old guard's lethal techniques are determined to find the sleeper. And so is the world's greatest reporter, Irving Fein.Fein is a character only William Safire could create: driven, mean, funny, always the "skunk at the garden party." Relentlessly resourceful, Fein is always suspicious, always thinking; and his access to the top in politics, the CIA, the media, is the best. But Irving isn't charming, nor is he good on television; and he needs a big story. Viveca Farr is Fein's journalistic opposite - a TV anchorwoman who is popular on the air but lacks stature as a reporter. Working together, they decide to "walk back the cat" and break the story of the notorious sleeper spy - even as the sleeper is devising brilliant ways to elude them. Read Less