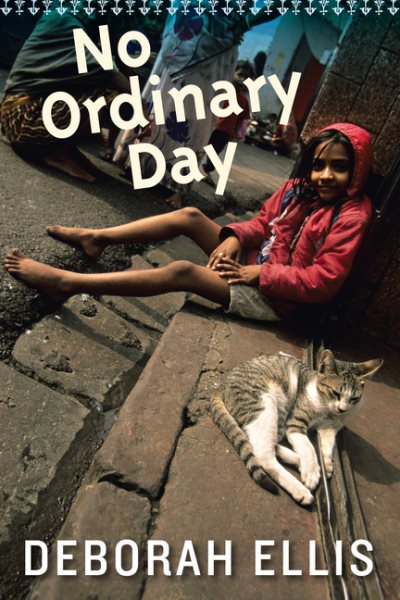 After learning that her family adopted her, Valli runs away from home to live on the streets of Kolkata, India, where she begs, steals, and resists help from a doctor who reveals that Valli has leprosy. Read More
Even though Valli spends her days picking coal and fighting with her cousins, life in the coal town of Jharia, India, is the only life she knows. She’s filled with terror when she glimpses the monsters living on the other side of the train tracks — the lepers. When Valli discovers that her “aunt” is a stranger who was paid to take Valli off her family’s hands, she leaves Jharia and begins a series of adventures that takes her to Kolkata, the city of the gods. Valli finds that she really doesn’t need much to live and is very resourceful. But when a chance encounter with a doctor reveals that she has leprosy will Valli be able to face life as one of the monsters she has always feared, or flee to an uncertain life on the street? Read Less

Goodreads reviews for No Ordinary Day