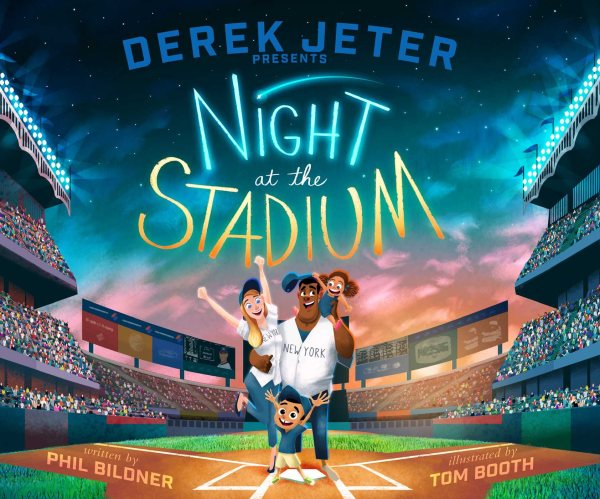 A magical field trip to Yankee Stadium is narrated by baseball icon Derek Jeter, who introduces young visitors to its fantastical wonders and excitement. By the award-winning author of the Sluggers! series. Simultaneous eBook. Read More
A baseball stadium comes to life in this magical picture book brought to you by legendary sports icon and role model Derek Jeter.Seven-year-old Gideon is overjoyed to be at Yankee Stadium watching his favorite team win! And when the game is over, he’s going to get an autograph from his favorite player. However, Gideon gets separated from his family and then he tumbles into a secret part of the stadium. There he discovers a magical world where everything from the rakes and the hoses to the bats and balls to the food to the monuments in Monument Park has a story to tell. But can Gideon finally find his family and get the autograph he really wants? An enchanting combination of Night at the Museum and Alice in Wonderland—with a little bit of Field of Dreams thrown in for good measure!—this book captures the excitement, wonder, and magic of your first trip to the ballpark! Read Less

A Whole New Ballgame: A Rip and Red Book (Rip and Red, 1)

Magic in the Outfield (Sluggers #1)