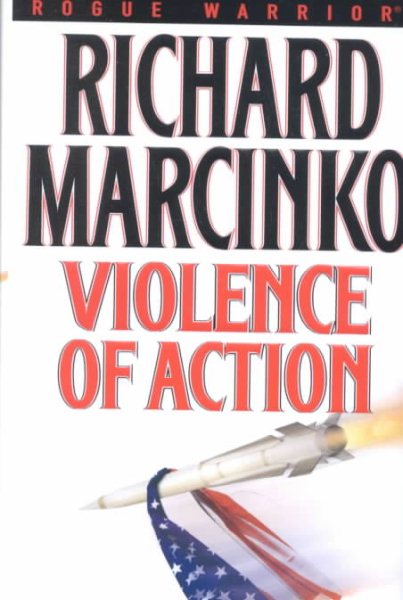 A year after carrying out an assassination, the Rogue Warrior emerges from isolation ready for action and determined to bring down a terrorist organization that is threatening to nuke an American city. Read More
Bolder, brasher, and badder than ever before -- with an all-new team, the Rogue Warrior faces his ultimate challenge. A suitcase nuke is on its way to a major American city, and there's only one man who can stop it. Back from self-imposed exile, during which he recommitted himself to the cause, and with a brand-new team of operatives straining at the leash, the Rogue Warrior has entered a whole new phase of his amazing career. The threat this time is from domestic terrorists intent on a holy war -- military insiders gone bad -- and what's worse, they possess suitcase-sized nuclear weapons. The city of Portland, Oregon, is under the ultimate threat, but what these dangerous terrorists will find, however, is a new and improved Rogue Warrior -- not only has age weathered him into the ultimate fighting machine, but he's also got an entirely new team together, a multicultural band of the toughest operatives available. The ensuing chase to avoid nuclear annihilation is ripped-from-the-headlines stuff, and takes the Rogue Warrior to a new pitch, in which the very survival of his country is at stake. Can Demo Dick and his new band of Seals save the day, or is America heading for destruction? He's never had a harder task...is he up to it, or has the Rogue Warrior finally met his match? Read Less

The Rogue Warriors Strategy For Success