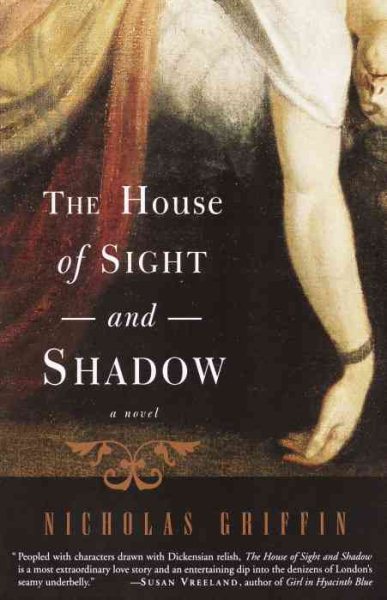 In early eighteenth-century London, two doctors--Sir Edmund Calcraft, a renowned if notorious anatomist, and his ambitious student, Joseph Bendix--play a dark and dangerous game with the criminal underworld as they pursue their quest for scientific and medical research. By the author of The Requiem Shark. Reader's Guide included. Reprint. 25,000 first printing. Read More
1. The House of Sight and Shadow is set in the eighteenth century. What do you think makes this book appeal to a modern audience? 2. Griffin’s research for The House of Sight and Shadow involved him actually spending time in mortuaries and medical schools for observation. Do you think that an author can get away with writing a realistic historical novel without doing this kind of on-the-scene research? How much research do you think is necessary for authors to complete before writing a work based on fact? 3. The House of Sight and Shadow is populated both by fictional and actual characters. Do you think this weakens or strengthens the sense of place? 4. Is it easier to believe in the life of an entirely fictional character, or one familiar from history? 5. Is blindness the central metaphor of the novel? We know who seems blindest by the end, but who do you think is the most clear-sighted of the characters? Which character understands London the best within the book? 6. The novel discusses the “insights” into science at the beginning of the eighteenth century. To our eyes they seem barbaric. Do you think there will be medical procedures that we endure today that will seem similarly archaic in a hundred years? 7. How justifiable are the crimes that the characters commit? Wild's coordination of the underworld was ruthless, but did it bring order? The thieving of bodies was illegal, but did it drive knowledge forward? Sheppard's robberies were petty, but did they deserve such punishment? These were the laws of London. But what other laws are the characters concerned with? Do morals or ethics have a role within the novel? 8. How does the characters’ concern, or lack of concern with the laws of London, affect their fate? 9. The novel sets up the opposing beliefs of the two doctors. Calcraft, a product of his day, a perfectionist and an empiricist. Bendix's beliefs are vaguer, as he searches to define the link between the body and its relationship to the mind. Science subsequently followed the path that Calcraft trod. What do you think would have happened had science swung towards Bendix's beliefs? Traditional science and alternative medicine are only now beginning to merge. Could this have happened earlier? Read Less

Goodreads reviews for The House of Sight and Shadow: A Novel

The Selected Letters of Bertrand Russell, Vol. 1: The Privat...