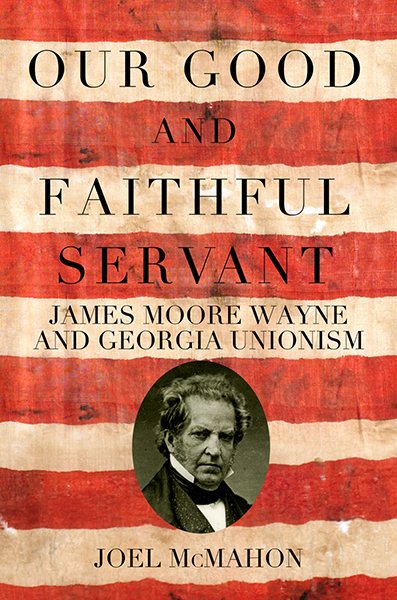 McMahon explores concepts of loyalty, union, and disunion in Georgia by looking at the life of US Supreme Court Justice James Moore Wayne (1790-1867), who retained his seat on the Supreme Court when Georgia seceded from the Union in 1861 and through the Civil War. He considers why he remained loyal to the Union, Georgia’s attitudes toward union and disunion, and the political, economic, and social dimensions of Georgia Unionism and opposition to secession. Annotation ©2017 Ringgold, Inc., Portland, OR (protoview.com) Read More
United States Supreme Court Justice James Moore Wayne is the most famous Georgian nobody knows. When his home state seceded from the Union in 1861, Wayne retained his seat on the US Supreme Court and remained loyal to the Union as the nation lunged headlong into war. He knew the insanity of secession, and warned of the folly of disunion, but his son, Col. Henry Wayne, resigned his commission in the US Army and cast his lot with the Confederacy. This book tells their story and examines the nature of Georgia's strong and largely overlooked unionist sentiment in the decades before the Civil War. Read Less

A Cyclopaedia of Six Thousand Practical Receipts, and Collat...

A Latin Vita of Alexander the Great

A Speech Delivered by Ghazi Mustapha Kemal Ataturk in Octobe...