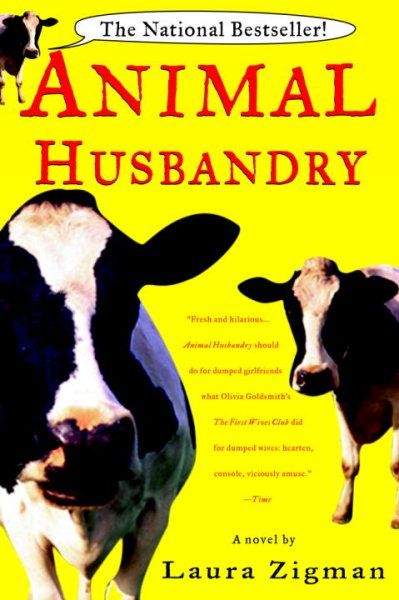 When her boyfriend leaves her for no apparent reason and refuses to return her calls, Jane investigates the theories of Freud, Darwin, and her friends as she embarks on a journey to understand the male mind and uncover the secrets of the heart. Read More
New cow...Ray makes the move. Jane feels the rush. Ray says the L-word. Jane breaks her lease. Then suddenly, inexplicably, he dumps her. Just. Like. That....old cow.Now black is the only color in Jane's closet and Kleenex is clinging to her nose. Why did it happen? How could it have happened? Moo.Jane is going to get an answer. Not from Ray. Not from her best friends, David and Joan. But from an astounding new discovery of her own: The Old-Cow-New-Cow theory. Forced to move into the apartment of a womanizing alpha male named Eddie, Jane is seeing the world of men and women in a brilliant new light. And when she takes her Old-Cow-New-Cow theory public, it will change her career and her whole life. Unless, of course, she's got it all wrong.... Read Less