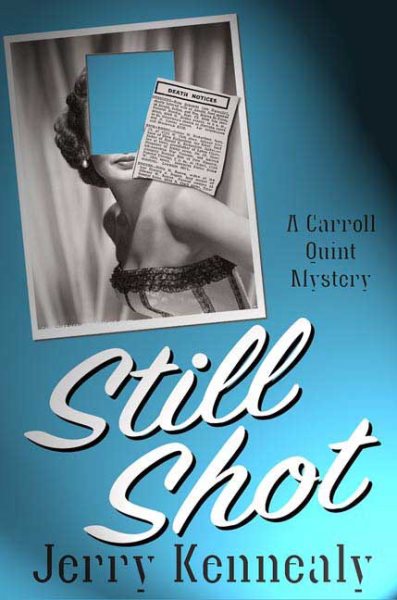 Entertainment critic and film noir author Carroll Quint gets in over his head when his mother, a former movie starlet, asks him to investigate the supposed suicide of Vicky Vandamn, whose body has been found on her Sausalito houseboat. Read More
Entertainment critic and film noir author Carroll Quint gets a panicky call from his mother, former movie starlet Karen Kass. Vicky Vandamn, a roommate of Karen’s some thirty years ago when they worked at Talbot Studios, disappeared from Hollywood under mysterious circumstances. Now she’s been found dead on her houseboat in nearby Sausalito, a reported suicide victim. Quint’s mother is certain that Vicky, who was involved with a rough Hollywood crowd, was murdered. “Act like one of those private eyes in your book, dear. And find out who killed her.”Quint tries to do just that, and soon finds himself tangled up with lazy cops, a paranoid PI, a billionaire former movie-studio head, and a peeping tom—who kept a very close eye on Vandamn. When all appears to be lost, Quint’s mother comes up with a revealing old still photo and a clue involving Fred Astaire’s hands that sets Quint on a collision course with the murderer.This second in the series delivers another dynamic story and an entertaining coterie of characters. Read Less