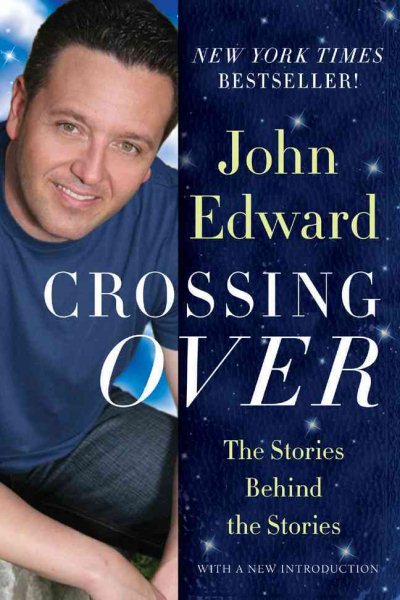 The psychic television host talks about his life, his work, and his TV program, sharing stories of the people and spirits he has encountered, and discussing his efforts to bring peace and insight to those grieving for loved ones. Read More
John Edward takes his fans with him on the extraordinary journey that has been his life.In the style of his TV show and personal appearancespoignant, funny, and remarkably candidJohn Edward deals head-on with the controversial issues he has confronted on his voyage as a psychic medium. On his way to success and fame, John had to learn his own lessons about the meaning of his work, the motivations of some of the people he encountered, and the spirits who accompanied them. Through his very personal stories, John has brought peace and insight to those grieving for their loved onesbut what makes Edward’s memoir unique is how readily he exposes his own vanities and ego bruisings.In addition, he provides a behind-the-scenes look at being a television medium, offering an amusingand at times disturbinglook at how the ethereal world clashes with the celebrity world.John Edward’s wit, warmth, and passion will captivate readersjust as it has riveted the millions who view his landmark program. Read Less

Goodreads reviews for Crossing Over: The Stories Behind the Stories

What If God Were the Sun?

One Last Time: A Psychic Medium Speaks to Those We Have Love...