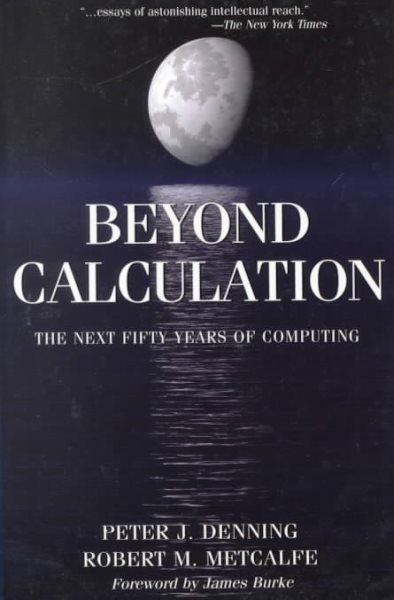 "Beyond Calculation...offers a collection of...essays of astonishing intellectual reach."-THE NEW YORK TIMES"...a compelling book...what sets the book apart from the general run of technology-future books is the authority of its contributors and the tone of restraint that pervades it, when compared with the genres usual ludicrous extrapolations."-NATURE"Beyond Calculation stands as a useful, interdisciplinary benchmark of the ever-evolving state of computer capability near the turn of the century."-COMPUTERS IN PHYSICS Read More
In March 1997, the Association for Computing Machinery celebrated the fiftieth anniversary of the electronic computer. Computers are everywhere: in our cars, our homes, our supermarkets, at the office, and at the local hospital. But as the contributors to this volume make clear, the scientific, social and economic impact of computers is only now beginning to be felt. These sixteen invited essays on the future of computing take on a dazzling variety of topics, with opinions from such experts as Gordon Bell, Sherry Turkle, Edsger W. Dijkstra, Paul Abraham, Donald Norman, Franz Alt, and David Gelernter. This brilliantly eclectic collection will fascinate everybody with an interest in computers and where they are leading us. Read Less

Goodreads reviews for Beyond Calculation: The Next Fifty Years of Computing

Beyond Calculation: The Next Fifty Years of Computing

Austria: Guide Through the Most Beautiful Country Traversed...