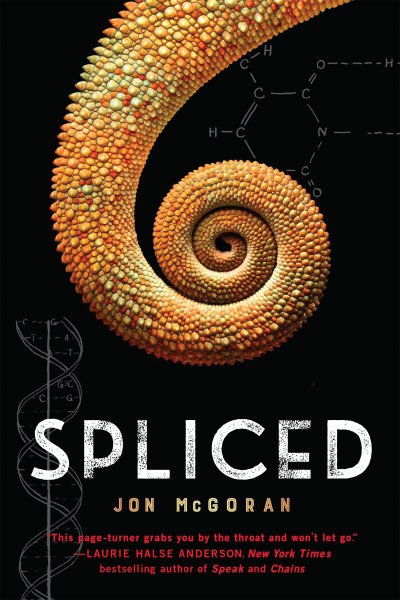 When her friend becomes obsessed with paying back-alley geneticists to transform her into a chimera in spite of restrictive legislation, 16-year-old Jimi races against time to prevent his friend from being officially declared a nonperson. A first young adult novel by the author Deadout. Read More
Sixteen-year-old Jimi knows people change, but nothing could prepare her for what’s about to happen to her best friend, Del. Over the years, their friendship has been evolving—and Jimi is starting to wonder if they could become more than friends. But Del is obsessed with becoming a chimera: a person with animal features, achieved by splicing animal genes into their own DNA. It's a dangerous and controversial process, provided illegally by back-alley doctors called genies. The dramatic physical changes chimeras go through have scared lawmakers into drafting legislation to declare chimeras officially non-human— taking away all protections under the law. When Del goes missing, Jimi is desperate to find him before he alters himself forever. To save him, Jimi must risk her life—all while knowing that if getting spliced is the choice Del has made, it means he’s leaving her behind forever.  Unlikely allies and powerful enemies clash as Jimi questions her beliefs and uncovers closely-guarded secrets about her own past.Set in a near-future society where technology is redefining what it means to be human, Spliced is part science fiction, part political thriller, raising questions about genetic modification and how we treat each other that will stay with you long after the final page. The hardcover and paperback editions features a striking, texturally-embossed spot gloss cover, and the paperback features a sneak-peak at the heart-pounding sequel, Splintered. A Hal Clement Notable Young Adult Book 2018 Read Less

Generals In Gray: Lives Of The Confederate Commanders

By Editors of Fine Woodworking Magazine