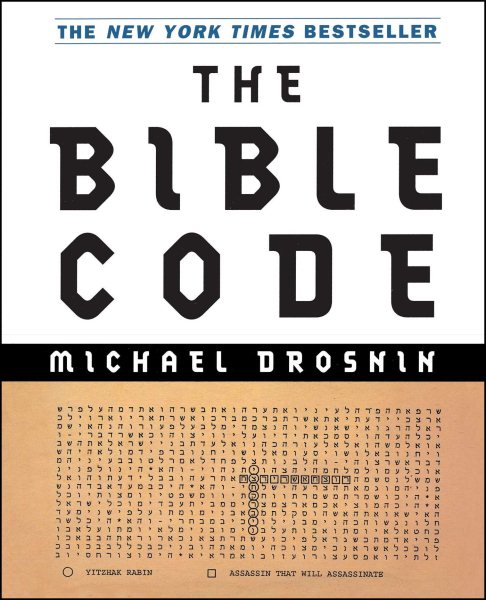 Argues that a hidden mathematical code embedded in the Old Testament predicts events that took place long after the Bible was written, including the French Revolution, the 1969 moon landing, and the assassination of Yitzhak Rabin Read More
0n September 1, 1994, I flew to Israel and met in Jerusalem with a close friend of Prime Minister Yitzhak Rabin, the poet Chaim Guri. I gave him a letter which he immediately gave to the Prime Minister. "An Israeli mathematician has discovered a hidden code in the Bible that appears to reveal the details of events that took place thousands of years after the Bible was written," my letter to Rabin stated. "The reason I'm telling you about this is that the only time your full name Yitzhak Rabin is encoded in the Bible, the words 'assassin that will assassinate' cross your name." On November 4, 1995, came the awful confirmation, a shot in the back from a man who believed he was on a mission from God, the murder that was encoded in the Bible three thousand years ago. Read Less

Goodreads reviews for The Bible Code

Citizen Hughes : The Power, the Money and the Madness