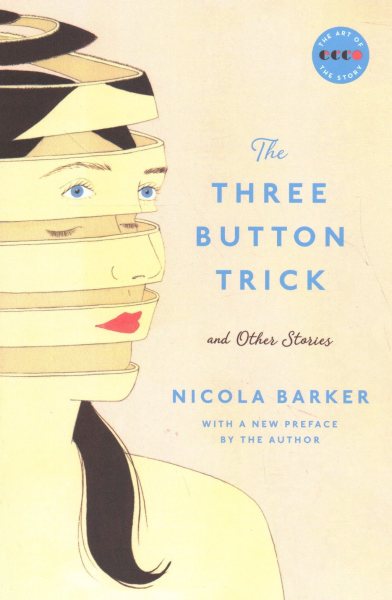 Nicola Barker weaves humor and tragedy through this fresh and original collection, as her characters... Read More
Nicola Barker weaves humor and tragedy through this fresh and original collection, as her characters struggle to find love, independence, and fulfillment in this new addition to the Ecco Art of the Story seriesNicola Barker's collection of her nineteen most brilliant stories exemplifies her ability to create daring, witty, and dynamic characters, all their idiosyncracies intact. Barker's stories often use wordplay and humor to stretch the boundaries of metaphor and reality as the outrageously original plots unfold. Through her confident and clever style, these short stories sling Barker to the forefront of fiction writing, as she is reminiscent of Martin Amis, Julian Barnes, and Margaret Atwood.The collection begins with a smart tale of a teenage girl whose obsession with the size of her nose dangerously compromises her relationships with her friends and her family. "Inside Information" is a pun of a title, describing how the protagonist's unborn fetus is the only one able to reform his mother's compulsive shoplifting by pulling the ultimate prank. "G-String" and "Symbiosis: Class Cestoda" detail women who gain self-esteem, albeit through quirky methods, despite the cowardly men who try to suppress them. The title story, "Three Button Trick," is about a man who deliberately buttons his duffel coat incorrectly to attract sympathetic females. Carrie falls for this trick, and it takes twenty-one years, a curious friend, and an eighty-three-year-old widower for her to realize her mistake. Wesley is the protagonist of a three-part collection, "Blisters," "Braces," and "Mr. Lippy" who, traumatized by two unfortunate incidents as a young boy, is an eccentric obsessed with freedom and the sea.Barker skillfully intertwines humor with despair to stimulate any reader's interest; she taps into the psyches of her characters to create an authentic, original, and highly enjoyable read. The Three Button Trick and Other Stories is a resonant, audacious volume from a writer of immense talent and originality. Read Less

Goodreads reviews for The Three Button Trick and Other Stories