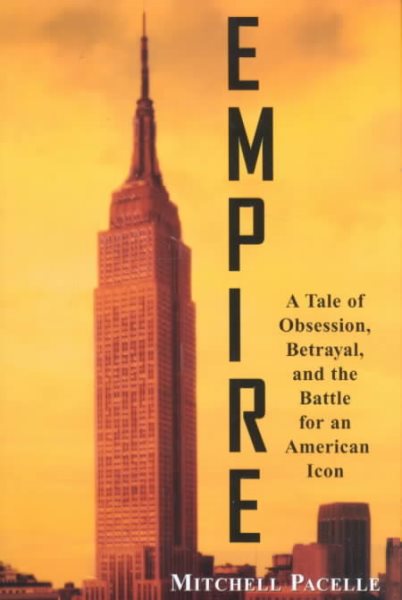 Chronicles the battle for the Empire State Building between Japanese businessman Hideki Yokoi; his daughter Kiiko Nakahara and her husband Jean-Paul Renoir; real estate kingpins Harry and Leona Helmsley; and Donald Trump. Read More
The world's most famous skyscraper, the Empire State Building is an icon as immediately recognizable as the Eiffel Tower, the Great Pyramids, or the Taj Mahal; and for some of the world's most powerful men, it is the ultimate prize. From the day it was erected, it has been the object of obsession for the heads of empires, conjuring their most hidden vices. In a riveting chronicle of betrayal, revenge, family rivalry, and raw greed, award-winning journalist Mitchell Pacelle tells the compelling tale of the history of the Empire State Building and the battle for ownership which reveals the inner workings of a world of powerful, self-made men. Pacelle brings to life the colorful cast of characters involved-a dramatis personae including the most powerful players in the international real estate markets both old and new, including John Raskob and Pierre du Pont alongside Donald Trump, the Helmsleys, Peter Malkin, and the eccentric Japanese billionaire Hideki Yokoi. Before the tale is over, Yokoi will accuse his beloved illegitimate daughter of stealing the building from him, several participants will land in jail, one will die suddenly, and a tense legal standoff will leave the landmark in limbo. One of the most fascinating characters to emerge from this richly layered story is the building itself, with its legendary romances and suicides, its odd tenants, and the countless human triumphs and tragedies that have been played out within its towering walls. Read Less

Goodreads reviews for Empire: A Tale of Obsession, Betrayal, and the Battle for an American Icon