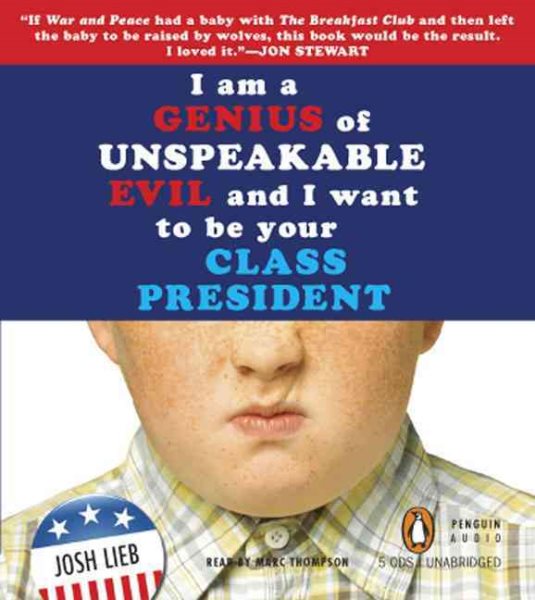 Omaha, Nebraska, twelve-year-old Oliver Watson has everyone convinced that he is extremely stupid and lazy, but he is actually a very wealthy, evil genius, and when he decides to run for seventh-grade class president, nothing will stand in his way. Read More
When his father teases him about the upcoming middle-school election, 12-year-old Oliver Watson is so insulted he decides to run, but despite being an evil genius with plans for world domination and already one of the richest people in the world, Oliver finds making friends to be his greatest challenge of all. Simultaneous. Book available. Read Less

Ratscalibur (Chronicles of the Low Realm)

I Am a Genius of Unspeakable Evil and I Want to Be Your Clas...

The Daily Show with Jon Stewart Presents Earth (The Book): A...