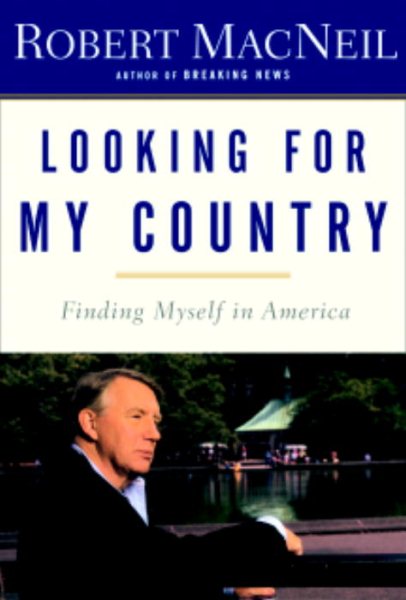 The television commentator decribes growing up in Halifax, Nova Scotia, his journalism career, his odyssey throughout the United States as he experienced watershed events of the twentieth century, and his decision to become an American citizen. Read More
Renowned journalist and author of the international bestseller Wordstruck, Robert MacNeil reflects on a life lived between nations, and why he finally decided to call himself an American.Growing up in Halifax during World War II, it seemed to Robert MacNeil that nothing of significance ever happened in Canada. From his mother’s obsession with all things English (even the marmalade) to his own love for American music like Rhapsody in Blue, Canada seemed too small, too parochial for his ambitions. Moving to Britain in his mid-twenties, MacNeil was suddenly exposed to a country with thousands of years of history, extraordinary theatre and culture. But it was in America that MacNeil finally found his country -- America, a land of contrasts and possibilities.A journalist for NBC and later for PBS on the MacNeil/Lehrer NewsHour, MacNeil was a witness to many of the current events that shaped the last century: the erection of the Berlin Wall, Kennedy’s election and assassination, the Cuban Missile Crisis, Watergate and finally September 11, 2001. As the well-respected and trenchant news reporter brought world issues to the American public, he discovered that his Canadian values and upbringing allowed him some valuable detachment and perspective. And when MacNeil returned to Nova Scotia after 40 years, he found his country of birth much changed -- multiculturalism and diversity had caused Canadian culture to blossom in his absence.With charm and warmth, but also with a piercing eye on the century, MacNeil looks at the meanings of patriotism, nationalism and home, and explains why he finally made the decision to become an American citizen.Excerpt from Looking for My CountryI grew up in a nation trying to build a distinctive culture in an environment that constantly threatens extinction, physical from the north, and political/cultural from the south. Each fear, in its own way, reinforces the other. The inhospitality of the northern climate induces Canadians to drift southwards and the magnet of American material prosperity and opportunity reinforces that urge. Yet the fear of being swallowed, ingested by the American leviathan, makes Canadians draw back, shrinking from the smothering embrace, to find a source of national pride and identity in overcoming the natural human fear of perishing in frozen wastes. Peter Gzowski, the late, beloved CBC radio host, once ran a contest which produced this inspired response, “As Canadian as possible under the circumstances.” Read Less

Goodreads reviews for Looking for My Country: Finding Myself in America

The Story of English, Programs 1-9 [VHS]

The Story of English