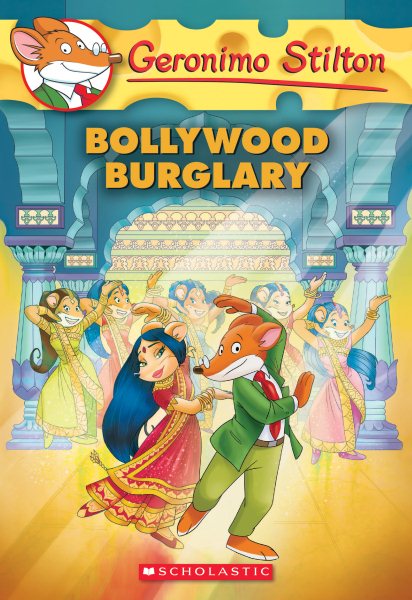 Asked by a Bollywood star for help protecting a valuable ruby, Geronimo Stilton and Hercule Poirat are inadvertently cast in the actress's film in spite of limited acting skills and are horrified when an anonymous thief makes off with the ruby. Read More
My detective friend Hercule Poirat and I were headed to India. A Bollywood star we're friends with had received a valuable ruby and wanted us to help her protect it... which meant that I ended up acting in the movie she was filming! Rancid ricotta -- I'm a terrible actor! Even worse, just when we least expected it, the ruby was stolen. Could we find the thief? Read Less