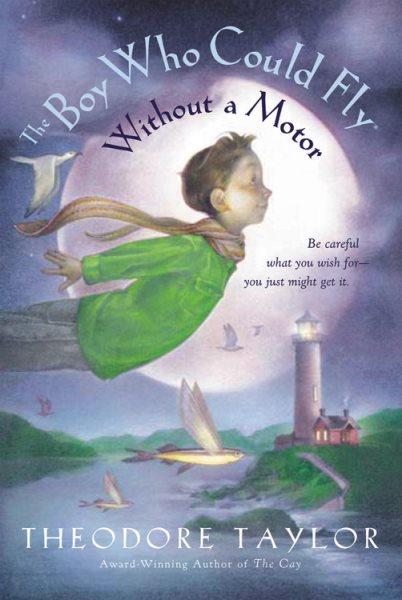 In 1935, living at a lighthouse near San Francisco, a lonely nine-year-old boy inadvertently summons a magician who teaches him the secret of flying. Read More
Jon Jeffers is the loneliest nine-year-old on earth. It's 1935, and he's stuck on a tiny rocky island off the coast of San Francisco with his mother and his lighthouse-keeper father. So when the ghost of an ancient magician appears and offers to teach him to fly, Jon seizes the chance for adventure. But then he flies into serious trouble. . . . Read Less

Goodreads reviews for The Boy Who Could Fly Without a Motor