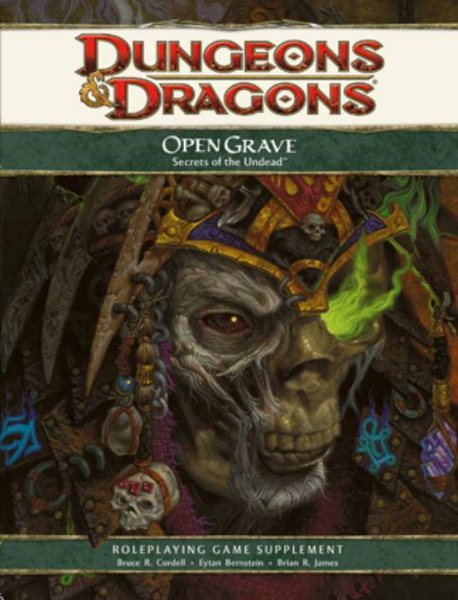 Provides information on the origins, tactics, myths, and lairs of a variety of undead creatures and threats encountered in the game of Dungeons and Dragons. Read More
All about the most horrifying monsters of D&D(R)--the walking dead!The sourcebook provides information about undead origins, tactics, myths, lairs, behaviors, and more. In addition, this book provides elaborate lair entries (including tactical encounters) for undead at each tier of play. Broad story and campaign elements inOpen Grave give DMs ready-to-play material than can be easily incorporated into a game, such as undead templates and power substitutions, adventure hooks and quests, and statistics for unique undead such as Acererak and Vecna.Open Grave: Secrets of the Undead depicts a host of new undead, including new varieties of zombies, wraiths, skeletons, ghouls, and vampires.Open Grave also introduces several completely new types of undead, such as moongaunts, forsaken shells, and death oozes, to name just a few. Read Less

Seeds Of The Willow: The Story of An Oriental Student-Immigr...