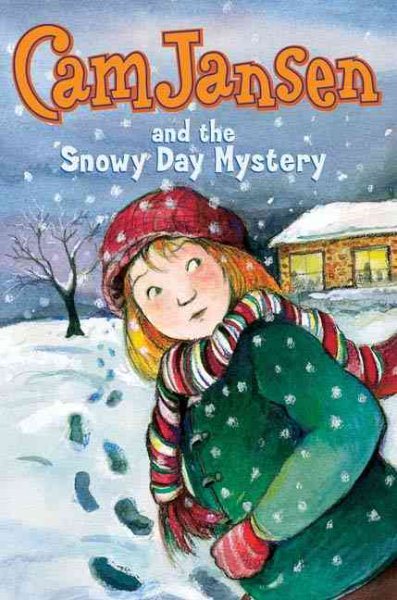 Using her photographic memory Cam Jansen joins Eric in solving the mystery of how some of the school computers were stolen. Read More
The snow is falling hard, but that doesn't stop Cam and Eric from solving a mystery. Three computers are missing from Mrs. Bell's computer lab. Who could have taken them? How did the thief get away amid the snowy day chaos of parents, students and teachers? 'Click, click' with Cam Jansen as she gathers clues around the school. After nearly a quarter of a century, Cam Jansen remains a popular character, garnering new fans with each new title. Read Less

Goodreads reviews for Cam Jansen and the Snowy Day Mystery

Cam Jansen and the Mystery of the Carnival Prize (Cam Jansen...

My Writing Day (Meet the Author)