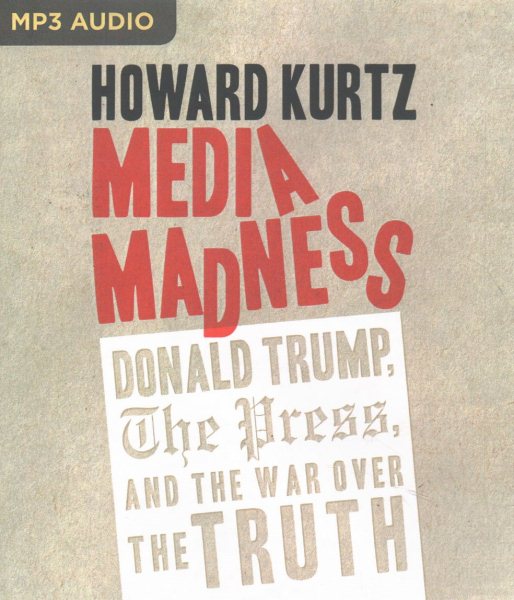 With outrageous examples of left-wing media bias and insider scoops on front-page skirmishes between... Read More
With outrageous examples of left-wing media bias and insider scoops on front-page skirmishes between the Trump White House and reporters, Howard Kurtz’s new book is an astonishing exposé of the media industry that is reminiscent of Bernard Goldberg’s game changing New York Times bestseller Bias.Donald Trump is staking his presidency, as he did his election, on destroying the credibility of American journalists. Ordinarily, Howie Kurtz—a media critic who spent 30 years reporting for The Washington Post—would be outraged. But Kurtz has had a front seat to the degradation of the news business. Having witnessed so many journalists’ slow slide from neutral truth-tellers to polemic activists, Kurtz asks: Could the White House’s disgust with the media be (at least partially) justified?Let’s look at the facts: MSNBC’s Lawrence O’Donnell said Trump should be removed under the 25th Amendment. Vanity Fair Editor Graydon Carter called Trump a “preening narcissist” who “may well be the most ridiculed man in history.” BuzzFeed Editor Ben Smith called Trump a “mendacious racist.” Daily Beast Executive Editor Noah Schachtman said anyone staying at a Trump hotel or playing at a Trump golf course was “supporting racism and neo-fascism.”The notion that journalists are still neutral observers is laughable, Kurtz says. From his position at the center of the media bubble, and drawing on his long and sometimes antagonistic relationship with President Trump that dates back to Trump’s reigning days in New York real estate, Kurtz explains how American journalism has gotten to this point—and what’s really happening in the White House’s all-out-war with the mainstream media. Read Less

Media Madness: Donald Trump, the Press, and the War over the...

Hot Air:: All Talk, All the Time