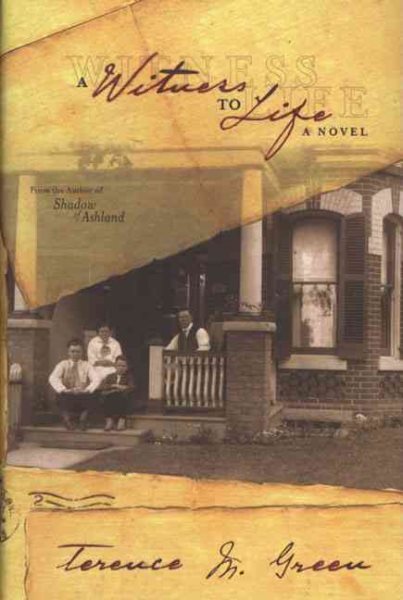 At the moment of his death, Martin Radney watches as he leaves his body behind and joins a flock of starlings as they soar high above, and looking down at his life, he is able to relive the defining moments, looking for answers to the meaning of his life Read More
In the acclaimed Shadow of Ashland, Terence M. Green introduced us to the poignant beauty and rich history of his own family. Publishers Weekly called Shadow of Ashland "wonderfully imagined and poetically told....With Leo's narration as evocative as the pages of a newly discovered family album, this proves a remarkably affecting literary work that the publisher rightly compares to Jack Finney's Time and Again." Now in A Witness to Life, with his spare but powerful style, Green examines the meaning of life, family, death--the connections that bind us all. The story begins at the moment of Martin Radley's death. His soul, free to drift back over his life, searches for meaning in a welter of change and occasional tragedy. He bears silent witness to his defining moments and the enigmatic patterns of his life. As Martin grows in a young man in Canada, he meets Maggie Curtis. Soon they are married, have a daughter and son, and are enjoying life. But Maggie dies suddenly, leaving Martin ill-equipped to be the single parent of two teenagers. He does a bad enough job that he loses their respect and the warmth of their affection that he desperately desires. Lost in a muddle, he falls passionately in love with Gertrude McNulty, twenty years younger. He marries her and they have a child. A new wife, a new daughter, new pieces for the puzzle, but as he tries to pull together a new life, his old one slips away. His son, Jack, leaves for the promise of work in the U.S. and disappears. His older daughter marries, withdrawing into her new family, and in a few years Gertrude dies, and Martin once again is left alone to raise a child. Martin is a good man who has failed at something important to him, and now all his love and attention are devoted to his young daughter, for decades. When death finally takes him, Martin is still looking for answers. Now, he has come full circle and has found only a few answers but, perhaps, redemption. Read Less

Goodreads reviews for A Witness To Life