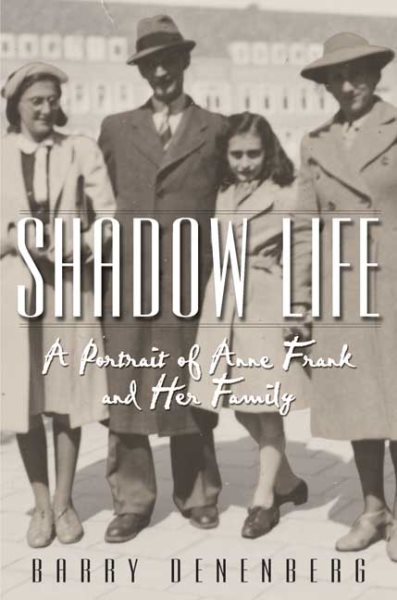 Recounts the plight of the Frank family, including their years in Germany, their flight to Amsterdam, their two years in hiding, their eventual discovery, the deaths of Anne, her sister and mother, and the survival of Otto Frank. Read More
In a groundbreaking work, acclaimed author Barry Denenberg explores the history of the Holocaust and the lives of Anne Frank and her family.Denenberg presents the complete story of Anne Frank and her family's life, from Frankfurt, Germany, where Anne and Margot were born before the war, up through to their murders at the Bergen-Belsen concentration camp. When the Franks leave Frankfurt for Amsterdam, they are hoping to find a place where they can resume a normal life, but instead, the family's freedoms are taken away bit by bit. But it is when they see that other Jews are being taken away, and sent to so-called labor camps that the Franks realize they have no choice but to go into hiding; they live in fear for 2 years. Read Less

Goodreads reviews for Shadow Life: A Portrait of Anne Frank and Her Family

So Far From Home: The Diary of Mary Driscoll, An Irish Mill...