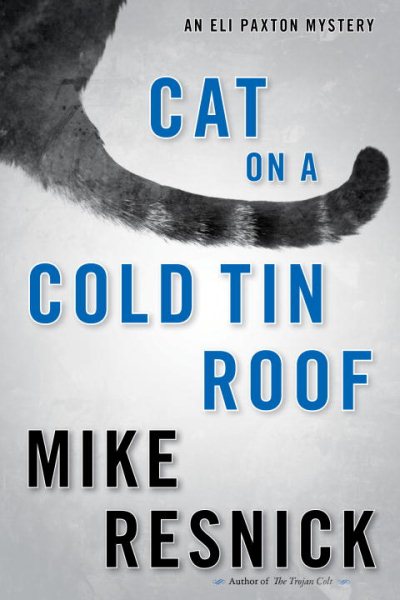 Hired to find a missing cat who is wearing a collar with real diamonds, private detective Eli Paxton is drawn into a plot involving a Bolivian drug cartel, the suspicious death of a financial advisor, and a hidden Swiss bank account. Read More
Hard-luck gumshoe Eli Paxton is hired to find a missing cat--a very important cat, it turns out, because its collar is studded with diamonds worth a small fortune. What starts as a routine search of animal shelters soon becomes a perilous journey through a murky underworld. The woman who hired Paxton is the wealthy widow of a recently murdered financial adviser with an alias and mobster ties.Paxton finds the cat, but not the collar. Eventually, he’s forced to unravel an intricate plot involving a Bolivian drug cartel. On top of all this, the temperamental widow is more likely to throw things at Paxton than pay him for his services. As he turns up one clue after another, leading him ever deeper into a treacherous maze, Paxton hopes, first, to survive, and then to make enough money to afford a new transmission for his broken-down car. Read Less

A Safari of the Mind

Kilimanjaro: A Fable of Utopia