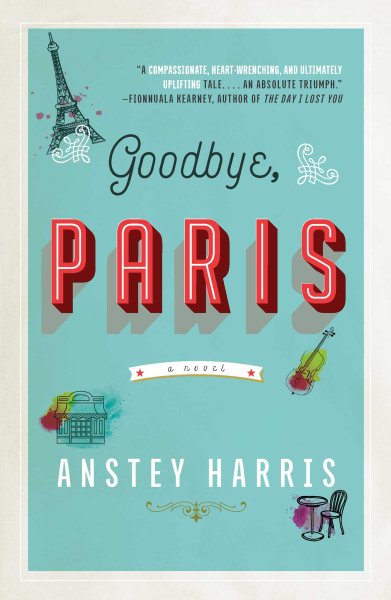 After her long-term partner breaks up with her, Grace Atherton, who owns a violin shop, is faced with feelings of intense loneliness, but when she becomes friends with an elderly musician and a young teenager they give her the strength to rebuild her life. Read More
A BOOK OF THE MONTH CLUB PICK AN INDIE NEXT PICK Jojo Moyes meets Eleanor Oliphant in Goodbye, Paris, an utterly charming novel that proves that sometimes you have to break your heart to make it whole.Grace once had the beginnings of a promising musical career, but she hasn&;t been able to play her cello publicly since a traumatic event at music college years ago. Since then, she&;s built a quiet life for herself in her small English village, repairing instruments and nurturing her long- distance affair with David, the man who has helped her rebuild her life even as she puts her dreams of a family on hold until his children are old enough for him to leave his loveless marriage. But when David saves the life of a woman in the Paris Metro, his resulting fame shines a light onto the real state of the relationship(s) in his life. Shattered, Grace hits rock bottom and abandons everything that has been important to her, including her dream of entering and winning the world&;s most important violin-making competition. Her closest friends&;a charming elderly violinist with a secret love affair of his own, and her store clerk, a gifted but angst-ridden teenage girl&;step in to help, but will their friendship be enough to help her pick up the pieces? Filled with lovable, quirky characters, this poignant novel explores the realities of relationships and heartbreak and shows that when it comes to love, there&;s more than one way to find happiness. Read Less

Meaningful Work: A Quest to Do Great Business, Find Your Cal...