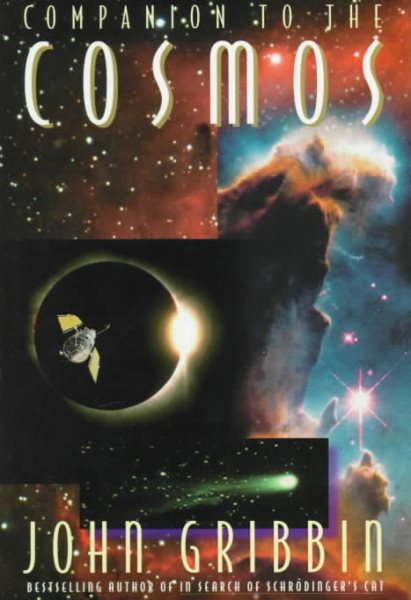 Describes the tremendous advances in astronomy over the last decade, with an extended essay that sums up the present state of knowledge about the universe, in a comprehensive guide to the cosmos Read More
At the end of the twentieth century, scientists understand better than ever before the scope of the Universe and its origins; the variety of objects it contains, from quasars and pulsars to galaxies; and the inner workings of our own Sun. But such has been the pace of progress, especially in the past couple of decades, that the story has been fragmented, with no single, user-friendly guide to present the broad sweep as well as the detailed discoveries.Companion to the Cosmos tells the whole story of the Universe and the people who made the discoveries.The Companion begins with an extended introduction in which Gribbin sets out the present state of knowledge and explains the key discoveries of twentieth century cosmology: the Universe is evolving and growing. The main section of the book, an A-Z encyclopedia, is a mixture of lengthy feature articles on major subjects (for example, black holes, gravity, our Galaxy, life in the Universe, supernovae), shorter entries, and biographies of the scientists. In the final section, "Timelines," cosmological discoveries are set out alongside key dates in general history and the history of science, from the time of the ancient astronomers of Greece up to the present day. Read Less

Goodreads reviews for Companion to the Cosmos