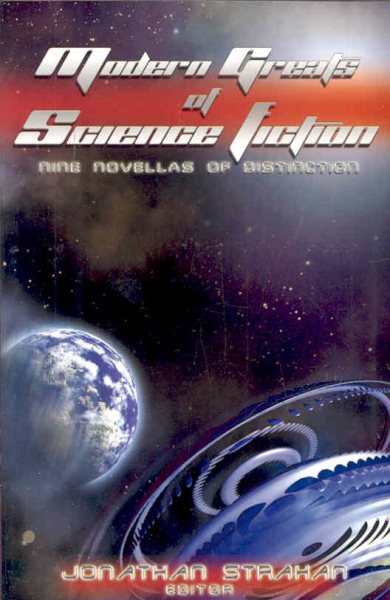 Nine short novels by masters of the science fiction genre include The Empress of Mars by Kage Baker, The Green Leopard Plague by Walter Jon Williams, Robert Freeman Wexler's The Springdale Town, and others by John Meaney, Lucius Shepard, Terry Bisson, Connie Willis, John C. Wright, and William Barton. Original. Read More
From a distant future where both beer and rebellion brew in a tavern on Mars to an alternate WWII—where the cutting-edge science is quantum biology—and from a haunting story of a bizarre prison without guards or rules to a Bradbury-esque tale of small-town America, Modern Greats is a landmark collection of some of the finest short work in science fiction. Read Less

The Best of Larry Niven