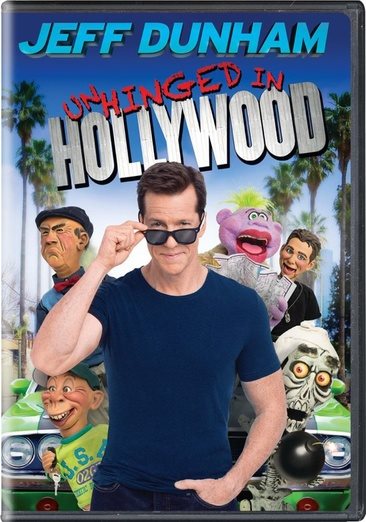 Ventriloquist and comedian Jeff Dunham performs with a variety of character puppets. Read More
"“Jeff Dunham: Unhinged in Hollywood"" is an all new comedy special that will include never before seen stand-up from Dunham and his eccentric cast of beloved characters. Following in the succession of past ratings record breakers and DVD behemoths ""Spark of Insanity,"" ""A Very Special Christmas Special,"" and ""Controlled Chaos,"" Dunham is shooting his very next special live at The Dolby Theatre in Hollywood where he, Achmed the Dead Terrorist, Walter the grumpy retiree, and Peanut the manic purple creature take on a range of topics with their unparalleled brand of humor." Read Less