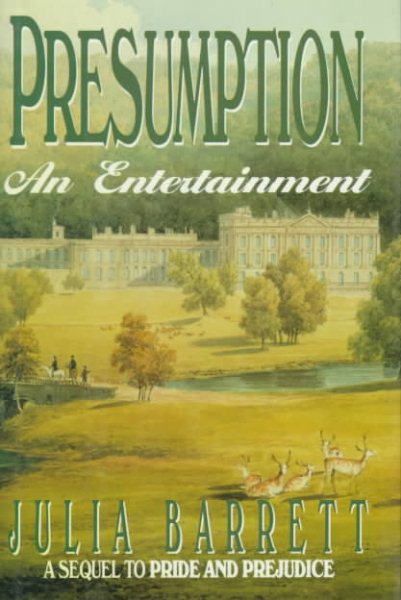 A firm fix on Austen's style and a finely tuned ear for her barbed dialogue...even the persnickety Miss Austen would approve. DSChicago Tribune Read More
A delightful revel for any reader who has ever longed to spend just a few more hours in the company of Jane Austen's engaging people, Bennets, Darcys, Collins, de Bourghs.Here, in this witty sequel to Pride and Prejudice, are all of our old friends, and some newer ones too. In the idyllic serenity of their great house, Pemberley, we find Georgiana Darcy now under the happy tutelage of her young sister-in-law, Elizabeth Bennet Darcy. At seventeen years, she is just coming to womanhood.Georgiana, romantic by nature, has been wounded by her previous misadventure with Lieutenant George Wickham, and has vowed to give her heart to no man. Her vow, however, is sorely put to the test by the attentions of the gallant Captain Thomas Heywood, newly returned from the Naval Wars. No such threat is posed by James Leigh-Cooper, a brilliant architect engaged by Fitzwilliam Darcy for improvements upon his Derbyshire estate: this guileless, plain-spoken admirer somehow succeeds in nettling Georgiana at their every encounter.Meanwhile, the unfortunate Bennet clan is beset by its share of woes. Although both Elizabeth and Jane are now grandly married, a new scandal involving their foolish Aunt Philips of Meryton promises to ruin the family's reputation forever.How the Bennet name is cleared, and how Georgiana finds love after all, is a tale artfully unfolded in this enchanting tribute to England's best-loved novelist. Read Less

Goodreads reviews for Presumption: An Entertainment

Presumption - A Sequel To Pride And Prejudice.

The Third Sister: A Continuation of Jane Austen's Sense and...