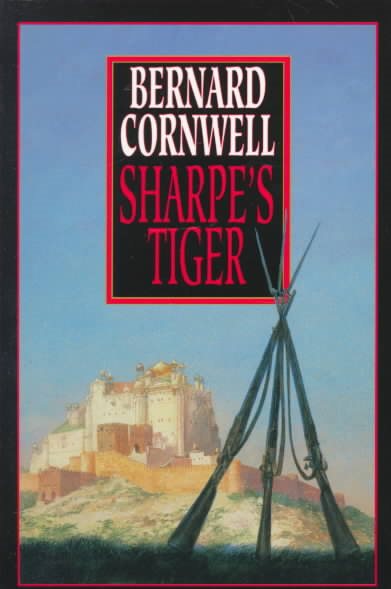 Serving the king in 1799, illiterate young private Richard Sharpe must infiltrate an enemy city and try to stay alive while attempting to make contact with a Scottish spy who is being held prisoner there in order to overthrow ruthless Tippoo of Mysore. Reissue. Read More
From New York Times bestselling author Bernard Cornwell, the first exciting adventure in the world-renowned Sharpe series, chronicling the rise of Richard Sharpe, a Private in His Majesty&;s Army at the siege of Seringapatam. &;The greatest writer of historical adventures today.&; &;Washington PostRichard Sharpe. Soldier, hero, rogue&;the man you always want on your side. Born in poverty, he joined the army to escape jail and climbed the ranks by sheer brutal courage. He knows no other family than the regiment of the 95th Rifles, whose green jacket he proudly wears. Read Less