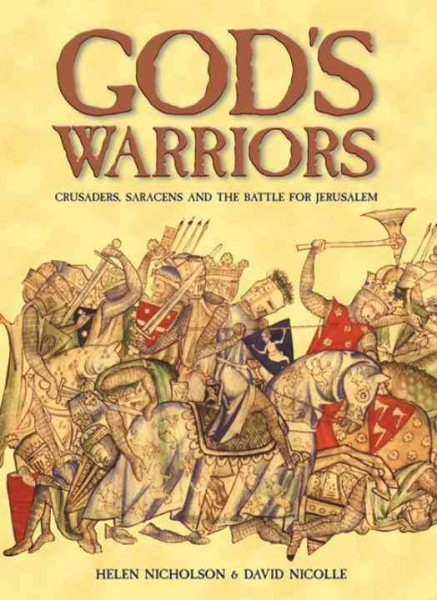 The volatile situation that had been created in the Middle East during the late 11th and early 12th centuries between the kingdom of Jerusalem, and the crusaders, and the Muslims led by Saladin, inevitably led to war. The campaign that led to the Muslim capture of Jerusalem in 1187 and the defeat of the Christian army is recounted in this book. Read More
This book tells the story of the momentous campaign that led to the Muslim capture of Jerusalem in 1187, following the disastrous Crusader defeat at Hattin, where Saladin's troops destroyed the Christian army. These events resulted in the collapse of the kingdom of Jerusalem and sparked off the Third Crusade under Richard I. The authors also give detailed portraits of the two most intriguing warrior types involved in the conflict: the Knight Templar and the Saracen Faris. The authors reveal what it was really like to fight in the Crusades as they examine the motivation, training, weaponry and combat experiences of these formidable adversaries. Saladin's military successes and his unification of the Crusaders' Islamic enemies had effects that last to the present day in the idea of tawhid, unity, that is still invoked by Arab leaders. Read Less

Goodreads reviews for God's Warriors: Crusaders, Saracens and the Battle for Jerusalem

Fighting for the Faith: The Many Fronts of Crusade & Jihad 1...