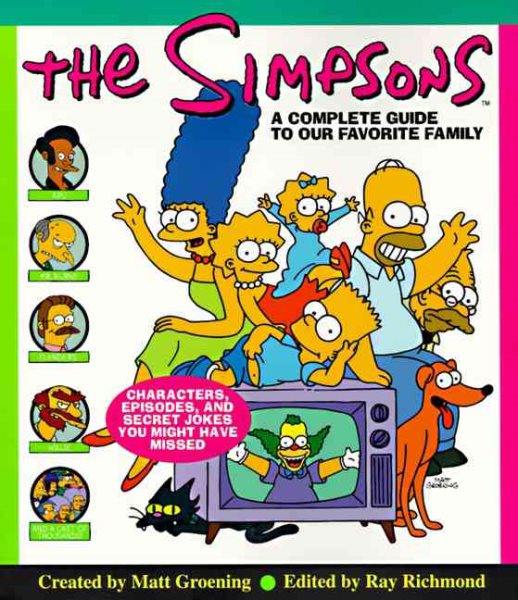 Presents a guide to the popular television series, featuring character portraits, episode summaries, show highlights, and inside jokes Read More
It's hard to believe that the Simpsons have been around for more than a decade. Today, The Simpsons is the longest-running animated series of all time (dethroning The Flintstones in February 1997), and an intrinsic part of pop culture. The Simpsons Complete Guide to your Favourite Show is a celebration of this family's phenomenal decade. Arranged by season, the book covers each episode of the television show, with the special episodes (the annual Halloween show, "Who Shot Mr. Burns?" and "Krusty Gets Kancelled") receiving eyeball-busting two-page spreads. In addition, special sidebars are sprinkled throughout, showing: Simpsons firstsBart's chalkboard linesTop HomerismsAn Itchy & Scratchy filmographyA Springfield timelineThings the audience may have missed Highlighting the best of every show, The Simpsons is the ultimate celebration of the cartoon family that has kept the world in stitches. It is the ultimate must-have for all Simpsons aficionados. Read Less

Goodreads reviews for The Simpsons: A Complete Guide to Our Favorite Family

The Simpsons - The Complete Eighth Season