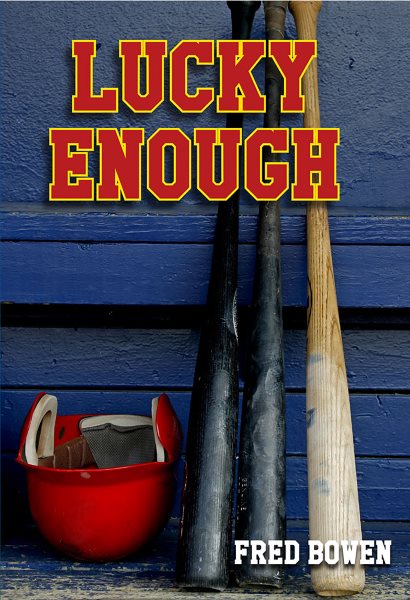 Thirteen-year-old Trey, sure his lucky charm got him onto the Ravens thirteen-year-old travel baseball team, becomes increasingly superstitious and, when he loses the charm, he loses confidence, as well. Read More
Trey is overjoyed when his lucky charm helps him make the travel team, but will his luck hold out? When Trey's treasured lucky charm—a piece of blue sea glass he found near his grandmother's beach house—"helps" him make it onto the Ravens travel team with his friend Cole, he is overjoyed. This stroke of good fortune reinforces his superstitious behavior, and the rituals become more and more important to him. In spite of some teasing and even some sarcasm from his teammates, Trey persists—he never steps on the foul line, he obsessively taps the corners of home plate when he's at bat, he always chooses the same lucky bat—and the list just keeps getting longer. Why stop? After all, his tactics are working; he's doing quite well on the field and in the batter's box. Then one day he can't find his lucky sea glass. He and Cole search everywhere—but it's no use. Trey's performance begins to slip, and he is convinced that his future with the Ravens is doomed. It is no comfort to him to learn that many pro baseball players also depended on lucky charms or rituals. Things don't start to improve for Trey until his uncle reminds him of his grandmother's favorite saying: "The harder you work, the luckier you get." Read Less