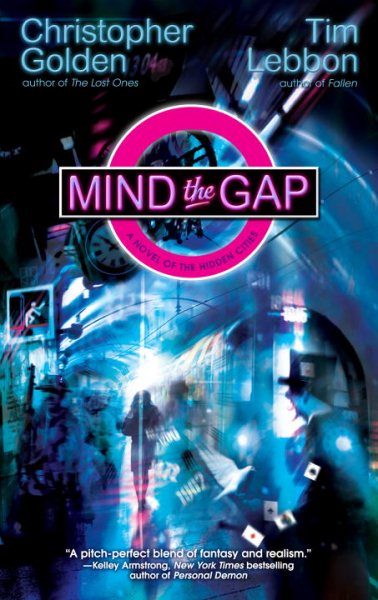 Driven into hiding by her mother's brutal murder, Jazz journeys deep beneath the modern city of London into underground tunnels that conceal a hidden world and finds herself caught in the middle of an ancient conspiracy. Read More
You never know when you’ll find yourselffalling through one of the cracks in the world.…Two of today’s brightest stars of dark fantasy combine their award-winning, critically acclaimed talents in this spellbinding new tale of magic, terror, and adventure that begins when a young woman slips through the space between our everyday world and the one hiding just beneath it.Always assume there’s someone after you. That was the paranoid wisdom her mother had hardwired into Jasmine Towne ever since she was a little girl. Now, suddenly on her own, Jazz is going to need every skill she has ever been taught to survive enemies both seen and unseen. For her mother had given Jazz one last invaluable piece of advice, written in her own blood.Jazz Hide ForeverAll her life Jazz has known them only as the “Uncles,” and her mother seemed to fear them as much as depend on them. Now these enigmatic, black-clad strangers are after Jazz for reasons she can’t fathom, and her only escape is to slip into the forgotten tunnels of London’s vast underground. Here she will meet a tribe of survivors calling themselves the United Kingdom and begin an adventure that links her to the ghosts of a city long past, a father she never knew, and a destiny she fears only slightly less than the relentless killers who’d commit any crime under heaven or earth to prevent her from fulfilling it. Read Less

Goodreads reviews for Mind the Gap: A Novel of the Hidden Cities