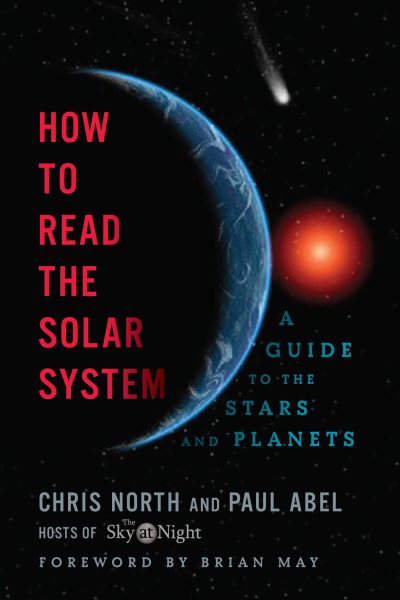 A fresh and essential guide to understanding and interpreting the wonders of our solar system, from two intrepid young astronomers who are the hosts of the popular BBC television series, "The Sky at Night." Read More
What exactly is the solar system? We've all learned the basics at school but do we really understand what we are seeing in the night sky? Expert astronomers Chris North and Paul Abel, provide a fascinating guided tour of our Solar System and explain its many wonders.They look at all the major players, including our more familiar cosmic neighbors—the Sun, the planets and their moons—as well as the occasional visitors to our planet—asteroids, meteors and comets—in addition to distant stars and what might lie beyond our Solar System, including the mysterious Earth Mark II? North and Abel recount the history of how our Solar System came to be, and the myths that once shaped astronomy. Through their cogent explanations of the latest scientific discoveries, they reveal how any amateur astronomer can view and interpret the Solar System and enrich their understanding of our universe. Read Less

Goodreads reviews for How to Read the Solar System: A Guide to the Stars and Planets