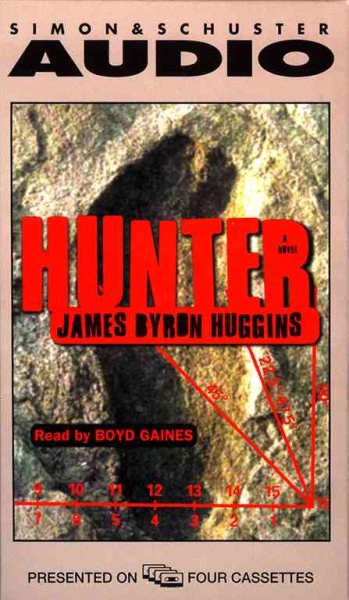 The world's keenest hunter, Hunter competes against a secret government agency to retrieve the half-human, half-animal product of illegal genetic experiments, a beast capable of unbounded destruction, from the icy north of the arctic Circle. Read More
When it comes to action, no one does it better than James Byron Huggins and Hunter, a pulse-pounding thriller, is his best work yet. Hunter is the ultimate tracker, the world's best. If you're lost, Hunter can find you. Whether you want him to or not. There is a beast loose somewhere north of the Arctic Circle. And this raging, superhuman monster is headed south for civilization, ready to wreak bloody devastation. It's a job that Hunter can't turn down, but what he discovers here in the wilderness is that terror has a form, that a renegade agency has let a half-human abomination escape into the wild. This almost invulnerable creature was created through a series of outlawed genetic experiments that have left it with a hunger for human blood. And may have made it immortal. Hunter and his back-up team are all that stand between the beast and civilization. In an unholy race with the same secret government agency that spawned this monster, Hunter and his team find themselves isolated, trapped in the wilderness with only their courage and survival skills standing between them and annihilation. An unbeatable combination of wilderness adventure, tracker's lore and high-tech thrills, Hunter offers the most riveting action since Dean Koontz's Watchers. Read Less

Goodreads reviews for HUNTER: A Novel