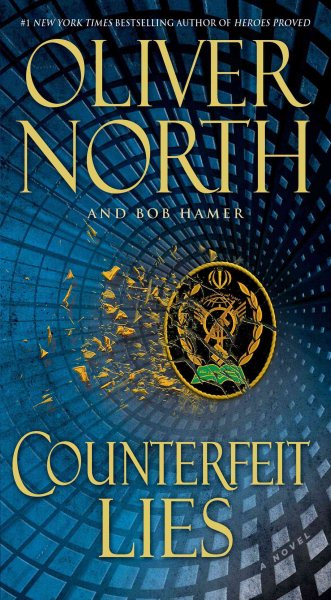 When he is hired to commit a high-profile mob assassination, veteran undercover FBI agent Jake Kruse is plunged into an underworld of espionage and terrorism involving a plot to crash a commercial airliner over the United States. Read More
From Oliver North—whose New York Times bestseller Heroes Proved was praised by Sean Hannity as “a heart-thumping ‘must-read’ for every American”—comes a gripping, nonstop thriller that could only be written by someone who has “been there, done that.”Veteran undercover FBI agent Jake Kruse is investigating a smuggling ring in southern California when his assignment is cut short. A prominent criminal defense attorney wants to hire Jake on another kind of mission: to kill the daughter of a local crime boss. What began as a “contract killing” soon captures the attention of the CIA, the US Secret Service, and high-level officials in Washington. The undercover agent is plunged into a deadly underworld of North Korean espionage, Hezbollah terror, and the sinister deception Iran uses to acquire nuclear weapons. Caught in a web of international intrigue that goes to the top of the US government, Kruse is forced to confront the ultimate moral quandary: doing what’s right when everything seems wrong. Now, national security expert and decorated war hero Oliver North and former US Marine and FBI undercover agent Bob Hamer bring their real life experience to this tightly written tale of international intrigue and down-to-the-wire suspense. They say it’s fiction. But it’s all too real. Read Less