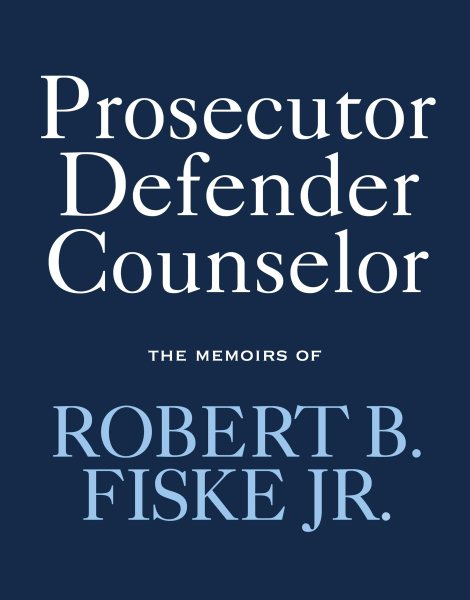 Provides an insider's view of the colorful cases and important legal battles fought by the prominent trial attorney who was called in on the Whitewater controversy, the Three Mile Island nuclear disaster and the Bernie Madoff cases. Read More
Bob Fiske is one of the best-known and most respected lawyers of the past half century. Not only was he called on to act in the politically charged Whitewater affair (see the headline above) and then the suicide or murder of the Clinton aide Vince Foster, but also such high profile cases as the Three Mile Island nuclear disaster, the USFL vs. the NFL, the most contentious America&#39;s Cup ever, and the financial swindler Bernie Madoff. Read Less

Goodreads reviews for Prosecutor Defender Counselor: The Memoirs of Robert B. Fiske, Jr

Birds of the Cornish Coast Including the Isles of Scilly, Li...