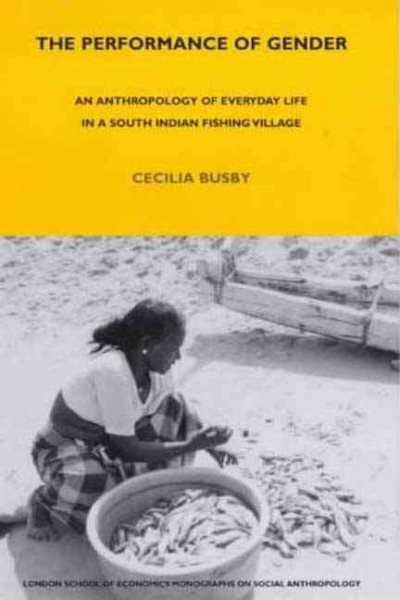 The vivid ethnographic account and a critical appraisal of the theories of Judith Butler, Bourdieu and Foucault. Read More
Developed from PhD fieldwork in a small fishing village in the state of Kerala, this work explores the ways in which men and women are viewed as complements in the everyday interactions of the home and the economy. Although Hindu society views the family in a hierarchical manner, ascribing the male the dominant role, certain aspects of life in the village contradict this view. Since men fish, women are seen as the ones that have the skill in money handling, which gives them more leverage when conflicts of gender arise. In addition, the notions of complementary opposition of gender held by most people lead the author to believe that actual relations are a complex of competing discourses and practices through which relations of power of men and women are played out. Distributed by Transaction Publishers. Annotation c. Book News, Inc., Portland, OR (booknews.com) Read Less

Goodreads reviews for The Performance of Gender: An Anthropology of Everyday Life in a South Indian Fishing Village (LONDON SCHOOL OF ECONOMICS MONOGRAPHS ON SOCIAL ANTHROPOLOGY)

The Architectural Ceramics of Persia: Ancient, Medieval, and...

Ceramic Art among the Greeks and Romans (Architectural Monog...