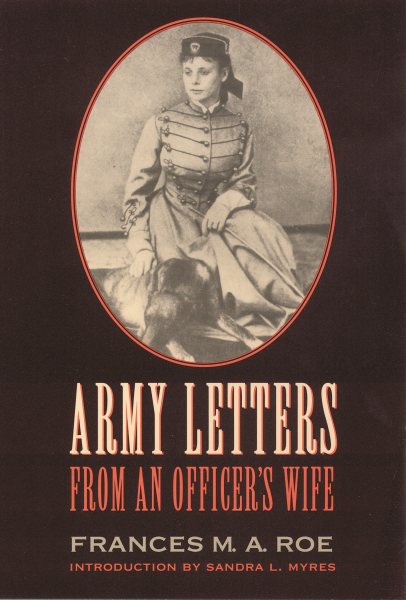 The wife of an officer gives a vivid late-nineteenth-century account of frontier life with the army in the West as well as describing the beauty of the countryside Read More
In the summer of 1871, Frances Marie Antoinette Mack married Fayette Washington Roe, fresh out of West Point, and left the East behind to join his infantry regiment at Fort Lyon, Colorado, where her sprightly account of frontier life begins. As a western army wife Frances Roe found herself in the shadow of the Rockies—Lt. Roe was stationed at Piegan Agency, Montana Territory, as well as in the Cheyenne country of Colorado and Indian Territory—and her book is filled with the beauty of the wilderness. She records the problems of camp and garrison life with servants, sand, and shortages, and the pleasures of parties and new friends, of hunting, fishing, and camping trips, and of long romps with her dog Hal. One chapter reports a fine summer's outing to twelve-year-old Yellowstone National Park in 1884. In the cavalcade of men's western memoirs, books written by frontier women have too often gone unheralded and almost unnoticed. Yet women were among the keenest observers of the nineteenth-century West and its inhabitants, as seen nowhere better than in Frances Roe's vivid account of life with the western army. Read Less

Goodreads reviews for Army Letters from an Officer's Wife, 1871-1888