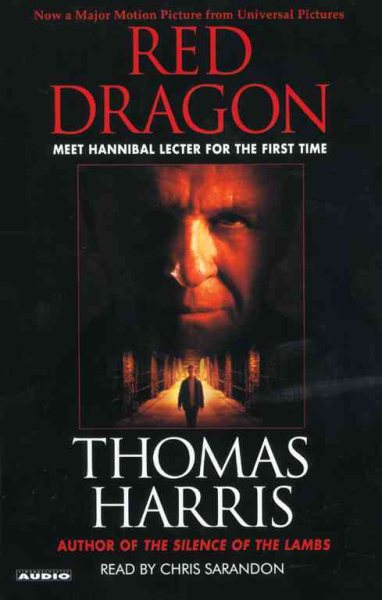 Will Graham's unusual ability to project himself into the minds of psychopaths puts him on the trail of Francis Dolorhyde, whose bizarre and bloody murders of two suburban families have been triggered by a William Blake watercolor. Read More
In the realm of psychological suspense, Thomas Harris stands alone. exploring both the nature of human evil and the nerve-racking anatomy of forensic investigation, Harris unleashes a frightening vision of the dark side of our well-lighted world. In this extraordinary tale -- which preceded The Silence of the Lambs and Hannibal, Harris introduced the unforgettable character Dr. Hannibal Lecter. And in it, Will Graham -- the FBI man who hunted Lecter down -- risks his sanity and his life to duel a killer called... The Red Dragon A quiet summer night...a neat suburban house...and another happy family is shattered -- the latest victims of a grisly series of hideous sacrificial killings that no one understands, and no one can stop. Nobody lives to tell of the unimaginable carnage. Only the blood-stained walls bear witness. All hope rests on the Special Agent Will Graham, who must peer inside the killer's tortured soul to understand his rage, to anticipate and prevent his next vicious crime. Desperate for help, Graham finds himself locked in a deadly alliance with the brilliant Dr. Hannibal Lecter -- the infamous mass murderer who Graham put in prison years ago. As the imprisoned Lecter tightens the reins of revenge, Graham's feverish pursuit of the Red Dragon draws him inside the warped mind of a psychopath,, into an unforgettable world of demonic ritual and violence, beyond the limits of human terror. Read Less

Black Sunday A Novel of Terrorism