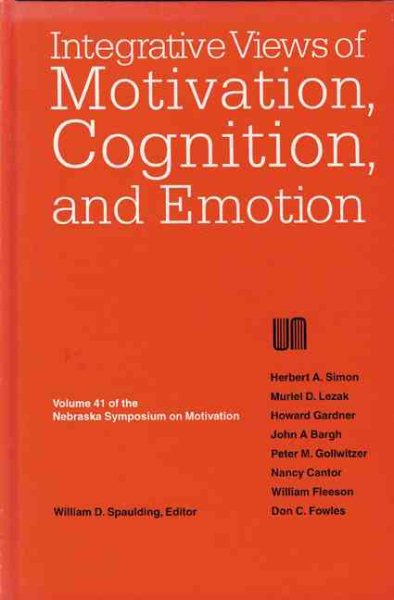 Psychological theory has traditionally attempted to explain events in terms of motivation, emotion,... Read More
Psychological theory has traditionally attempted to explain events in terms of motivation, emotion, or cognition. Over the past decade, psychology has come to be viewed as a paradigmatic science; the new paradigm being the understanding of behavior in terms of cognitive representations. This cognitive revolution has fostered a view of the passing of information back and forth between perceptual, memory, and motor components of an integrated system, known as the “computational metaphor.” With cognition as the new paradigm, can we expect that the explanatory scope of psychology will be clarified? Will a cognitive perspective be extended to phenomena that have traditionally fallen under the rubric of motivation and emotion?The psychologists involved in this volume of the Nebraska Symposium address these questions specifically. Their contributions stimulate a hypothesis that the cognitive paradigm has begun to move psychology toward a “unified field theory” of behavior and experience.Herbert A. Simon tests the limits of a pure information processing paradigm. A basic tenet of this theoretical approach is that information exists independent of the medium by which it is represented. By analyzing the information processing capabilities of nonbiological systems, or “artificial intelligence,” we may determine which aspects of motivation and emotion require the biological substrate of cognition.Muriel D. Lezak raises a similar question by focusing on the biological substrate itself and by analyzing the constraints and determinations that it imposes. Howard Gardner considers the medium and the information it processes; thus he lays a conceptual foundation for making the facts of biological brain science congruent with the richness of human behavior and experience. Read Less